Posted by Fragments & Reflections ⋅ October 16, 2012 ⋅ Leave a comment
I wanted to give you a quick update on what is happening in our community and how you can be praying for us. At the beginning of the school year in September, we received about 16 new kids in the daily activities at the Valley Community Center. That is a huge influx for us, but we’re managing well and figuring out how to organize ourselves so that we involve as many kids as possible.
After receiving so many new children, we are at the limits of what the size of our Center and the number of staff can serve. But our neighborhood is full of kids who are in need of what our Center offers. It is always difficult for us to tell kids that we don’t have a place for them or that they have to wait. Still, we pray that our community serves as a sign of the Kingdom of God and can be a light even to those who aren’t involved in our daily activities. In order to build relationships with more children and to have an influence, albeit lesser, in their lives, we started a Saturday Kids Club. We are running this in collaboration with a small church that has been meeting for the past few years in our neighborhood. We presently have about 40 children attending.
This autumn we’ve also launched a teen club. We are holding this on Tuesday and Friday evenings, and it is open to at-risk teens in the neighborhood. We are praying that through this club we can reach a number of youth that aren’t involved in our daily activities. We want to provide activities for them so that they’re not on the streets or getting into trouble. And we want to help them envision a new future for their lives.
Over the past few months, I’ve told you about two of our boys. One has been in need of an operation. The other has been repeatedly kicked out of his home by his mother. Currently, we are praying about receiving these boys into our community home.
Please be in prayer with us and for us regarding:
– the new kids at the Valley Community Center
– the Saturday Kids Club and the Teen Club
– the receiving of new youth into our permanent care
They say that when it rains, it pours. Over the past three months, we’ve had problems with a number of our appliances:
– our video projector bulb ($450). We do many presentations in churches, with parents and with the kids. After 5 years, the bulb burned out and it’s friggin’ expensive.
– our Xerox copier and our printer ($350). Both of these were donated five years ago by a company in the UK that upgraded, and they helped us a ton while they lasted. We can buy a copier/printer that replaces them both, which is extremely important as it produces a lot of our materials for the kids, our accounting reports, and advocacy publications.
– our freezer refrigerator ($500). As you can imagine, when cooking 60 to 70 meals a day, this appliance gets used. But it’s troublesome knowing that my grandma’s still got one that runs after 30 some years. I can’t believe ours has such a short lifetime, but that’s how it is.
If you or someone you know would like to make a special donation towards one of these major appliances, it would be greatly appreciated! And it would help us have the ability to continue to develop what we are doing.
45.425720 28.031044
Advertisement 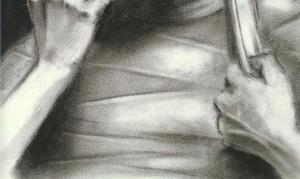 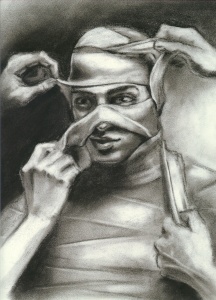