RSS feed for this section
This category contains 9 posts

A Fransican Prayer of Blessing

May God bless us with discomfort at easy answers, half-truths and superficial relationships, so that we will live deeply in our hearts.

May God bless us with anger at injustice, oppression and exploitation of people and the earth,so that we will work for justice, equity and peace.

May God bless us with tears to shed for those who suffer,so that we will reach out our hands to comfort them and change their pain to joy.

And may God bless us with the foolishness to think that we can make a difference in our world, so that we will do the things which others say cannot be done. 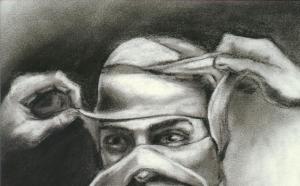 The Word Made Flesh community has traditionally set aside two days per month, the 1st and the 15th, to pray and fast for those who are vulnerable and in poverty, for our communities, and for the church.

This coming month on October 1st, we are setting the day aside to pray specifically for the Word Made Flesh communities. We are moving through profound transitions, and we are facing significant challenges.

We invite you to join us on this day of prayer. As we are able, we will post prayer points on our website www.wordmadeflesh.org. Here are a few for our community in Romania:

–          Wisdom and creativity to overcome our financial deficit

–          We are launching a club for at-risk teens in our neighborhood. We are praying that the teens will acquire life-skills and positive values and that they come to the Lord and become part of the local congregation.