RSS feed for this section
This category contains 21 posts 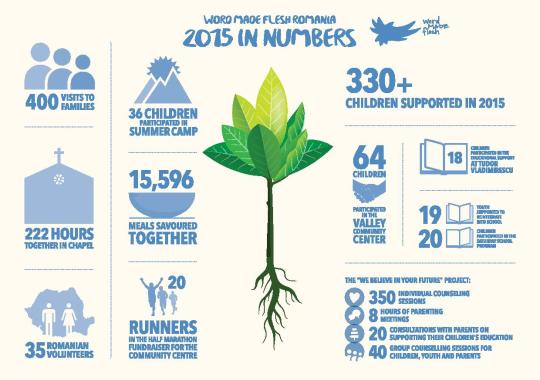 Faith By Receiving A Child

We have just concluded the Advent Fast. On the Eastern Orthodox calendar that we follow in Romania, it is 40 days of anticipation, austere eating and waiting that culminate in the joy, feasting and receiving at the Messiah’s nativity. As we progress liturgically through Christmastide and Epiphany, the theme of receptivity remains before us. Shepherds and Magi stand in contrast to innkeepers and Herod. Joseph struggles. Mary consents. Simeon and Anna rejoice. Yet, the common response to Jesus was not reception but rather rejection. “He came to what was his own, and his own people did not accept him. But to all who received him, who believed in his name, he gave power to become children of God” (John 1:11-12).

What does receptivity look like for us? It is a profound grace that we, mere creatures, are given the possibility to show hospitality to our Creator. Yet, the distractions and confusions easily inhibit our “well-coming” Him. Even when we manage to move beyond the gift exchanges, seasonal feasts and sparkling decor to contemplate God’s coming in flesh to creation, we can still domesticate receptivity. It may look like an imaginative act of cuddling the newborn baby or the inviting of the Christ Child into our hearts. While there may be value in these meditations and prayers, they tend to reduce “receiving Jesus” to “believing in Jesus” – and by “believing” we mean placing our faith in God. Unfortunately, “faith” for us usually means believing the right things in the right way or giving intellectual assent to that which cannot be proven. While these aspects might need to be integrated into faith, they do not do justice to the biblical picture of faith. There is something more, something richer.

Just as the Father gave the Son to be received, so Jesus tells us to receive a child (Matthew 18). Receiving a child doesn’t mean putting our faith in the child. It means recognizing, welcoming, protecting, and raising the child. Jesus says that we must do this if we want to enter the kingdom of God (Matthew 18:2-5). This doesn’t mean that when we receive a child, we have a ticket to heaven. While the kingdom of God is much more than an eternal destination, it definitely does involve salvation (healthy life, peace, restoration, etc.). Connecting the receiving of a child with salvation may cause an allergic reaction in good Protestants, who pride themselves in grace alone and faith alone. But this is where we are invited to go deeper. Receiving the child that Jesus places in our midst is nothing less than a call to faith.

We have satisfied ourselves with cheap, fickle and superficial faith. Faith can be intellectual or emotional, but unless it is active, it is not faith. Faith cannot be separated from faithfulness. This is illuminated in a parallel text in Mathew 19. There a rich young man comes to Jesus, wanting to be assured of eternal life. The young man tells Jesus that he has kept the Torah. Jesus tells him that the one thing he must still do is to sell all his possessions and give the money to the poor. The rich young man couldn’t do this, so he walked away sad. Jesus invited him to faith, and this faith included eternal life. While we probably would have asked the young man to raise his hand, come to the altar, or to say a prayer, Jesus calls him to a faith-filled action: sell everything and provide for the poor. Thankfully for us, Jesus no longer talks like this. Or does He? We are inclined to stay safe in our self-made homes of faith and to convince ourselves that there we offer hospitality to Jesus. But if we risk being confronted by the God who says “Receive Me” and “When you receive this child, you receive Me,” then we will walk out into the daring and dangerous space of God where receiving means giving, life means dying, and salvation means caring for vulnerable. Faith in the kingdom of God means faithfulness. Without faithful actions, there is no faith.

To make sure that we get the message, Jesus also shows us the other side of the coin. When we don’t receive the child, when we despise or impede the child, we will suffer harsh judgment (Matthew 18:6-10). The consequences of our faithfulness are normally suffered by the vulnerable, little children. But God sees and God will act justly. In just a short section of the Gospel, it is all there: kingdom of God, salvation, judgment and the invitation to faith and discipleship.

This past summer we met Silvia. She lives in a crumbling house on the same street as our Community Center. Like many children in our neighborhood, Silvia is severely neglected. Both of her parents suffer from alcoholism. Her father is abusive. She has been raised more by her brother and sister than her parents. Silvia suffers from under-nutrition and a speech impediment. More than these physical detriments are the spiritual and emotional ones: her face, reveals fear, hurt and confusion.

In our community we are daily confronted by children like Silvia. We recognize her as “a child placed in our midst.” Jesus said, “Whoever welcomes one such child in my name welcomes me” (Matthew 18:5). Just as with Jesus in the manger, so also with the pericopes of Jesus’ interaction with children: it is too easy for us to be moved by sentimentalism or romanticism. We think that we just need to get down on a knee and give the child a hug. But a hug for Silvia is at best insufficient and at worst inappropriate. What then does it mean to welcome such a child in Jesus’ name?

It means being-with Silvia. It means directing our attention to her. It means creating safe space for her. As we get to know Silvia, we are looking at helping her physical needs through doctors and dentists. We are supporting her schooling and exploring speech therapy. More delicately, we are relationships with her parents and siblings and asking ourselves what kind of community support we can help develop for their family to move in a healthier direction. We pray that our receiving is done well and done responsibly and that it affirms faith in Jesus.

Jesus places a child in our midst and invites us to faith in Him. Faith is faithfulness: receiving the child, loving sacrificially, giving everything away to care for the poor, taking up our cross, and following. Mysteriously, when we are attending to the salvation of the little ones, we are being saved. When we are receiving the child in the name of Jesus, we are being received as children of God. That is saving faith.

Baschet (Basket) is how we refer to basketball in Romania. In the summer I run a little clinic to teach the kids the basics. Then we play…even when it’s so cold outside that I would rather not.

This picture, drawn on a cold day better spent indoors, is a depiction by one of our kids of our time at play:

This edition is on our Lifestyle Celebration of Simplicity:

Posted by Fragments & Reflections ⋅ April 25, 2013 ⋅ 2 Comments
View this document on Scribd
Last week I participated in an interesting consultation on urban mission in Cluj, Romania. It was organized by PLACE: Partners Learning and Acting in Cities of Europe and the Agnus Media Foundation.

On the first day of the consultation, we did a walking tour of the major churches in Cluj. Because I there were many places on the tour in which I could not see a communist block building, I felt like I was in western Europe, not Romania. I also was surprised by the ecclesial diversity. There is a long history of the Roman Catholic Church going back to the Hapsburg Empire. Through this tradition, the Franciscans and the Jesuits built churches and schools. Cluj was also affected by the Reformation. Lutherans and later Reformed (Calvinists) turned the Roman churches into Protestant ones. Cluj was also one of the places in which the Unitarian church began. It seemed that every decade another one of these groups came to power and changed the churches’ names and evicted everyone else. Of course, the Orthodox Church was also present through the Romanian citizens, though a minority. In order to form a political constituency, Orthodox leaders recognized the authority of the Roman Pope, while keeping their Byzantine liturgy. This church was called Greek Catholic – although it is neither Greek, nor Catholic. In Cluj, the Germans, Hungarians, Romanians and their respective church traditions intersect.

For the rest of the consultation, we sat in a circle and discussed. Sometimes we ate, and then we discussed some more. There were representatives from the Hungarian Reformed Church, the Romanian Orthodox Church, the Greek Catholic Church, the Brethren church, the Pentecostal church, the Baptist church, as well as other independent churches. Most of the participants did not know each other previously. Many of them had not been inside churches other than their own particular tradition. I was delighted to see that there was cordiality and more understanding in the room than disagreements.

The conversations revolved around the place of the church in the city and the way the church interacts with the city. This exercise forced everyone to think beyond the walls of their own churches and their own programs. Each was able to see their particular congregation in light of the city – its dynamism, its problems, and its needs.

We all left knowing that we need to invest in relationships beyond those of our particular tradition and with eyes to envision interaction with and for the urban situation in which we are all ministering.

On the last afternoon of the consultation, we visited a garbage dump where thousands of Roma have made their homes. Many of them pick through the dump to find recyclables that they can sell. A Christian NGO has helped them build simple, but sturdy homes as well as communal toilets, showers and a kindergarten. We met Salome, a young Swiss girl, who felt God’s call to live among the Roma. So, she got on a train and went. She lives in a simple shelter on the garbage dump and teaches the children in the kindergarten. This was not only inspiring and faith-building, but it was also a great example of the church responding to the city.