Posted by Fragments & Reflections ⋅ February 20, 2014 ⋅ Leave a comment
View this document on Scribd

Vulnerability, Children and the Image of God – part 2

In part 1 of the post “Vulnerability, Children and the Image of God,” I outlined humanity’s imaging God through vulnerability and difference rather than through power. I follow Jensen’s book Graced Vulnerability. What I am attracted to in Jensen’s depiction of vulnerability as expression of image of God is that it speaks of a status rather than of an activity like rationality, dominion, etc. But this line of thought may be accused of begging the question unless we describe how humanity, as imago Dei, is distinguished from the rest of creation which also is marked by vulnerability and difference.

I don’t have a fully-worked-out answer to this. At the moment, this is where I am at: When thinking of human beings in the image of God, we usually have an individualistic framework. We can justify our individualism with Genesis 1 – God created humankind in God’s own image – and then finding in Genesis 2 a solitary man. But individualistic readings are subverted by the same text: So God created humankind in his image, in the image of God he created them; male and female he created them (Genesis 1:27). The image of God is a collective identity, not individualistic. If image of God is a collective, speaking of humanity rather than a solitary human being, then humanity’s representation of God is not the life of solitary individuals. This provides space for the exercise of rationale, stewarding, and multiplication without denying the image of God in those without abilities to rationalize, steward or multiply. What is more, is that understanding imago Dei as vulnerability means that rationale, stewardship and multiplication are directed towards and used on behalf of those that are most vulnerable. 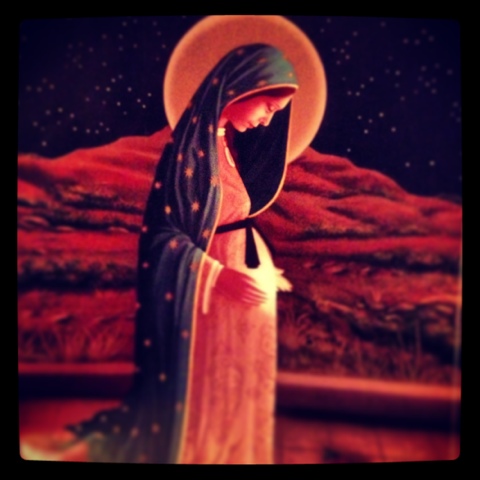 So, along those lines, I’m thinking about image of God as an ontological designation. God designs/designates humanity as God’s image. It is who humanity is, not what humanity does. This would be compatible with some Orthodox theology that states that humanity participates in the material (animal) world and in the spiritual (angelic) world. That seems to me to be an ontology that is all-inclusive, especially of those so vulnerable that they do not have capacities to perceive or act on their own behalf. Yet, while the participation of humankind in the material and spiritual spheres differentiates humanity from the rest of creation, we are still placing too much weight on humanity’s distinction from the rest of creation. Rather, humanity as image of God must be based on correspondence to God. The correspondence is rooted in God’s designation of humanity as God’s image. The designation of humanity at Creation then leads us to Incarnation. God as human being affirms the divine correspondence with humanity (without dissolving divinity into humanity). And the glimpses of the revelation of God in the womb and of God on the cross affirm the ideas of image of God as vulnerability and difference. In Jesus we have the invitation to be fully human, imaging God through vulnerability, which is received more than achieved, as described in Philippians 2:5-11 – “Let the same mind be in you that was in Christ Jesus, who, though he was in the form of God, did not regard equality with God as something to be exploited, but emptied himself, taking the form of a slave, being born in human likeness. And being found in human form, he humbled himself and became obedient to the point of death – even death on a cross” – without succumbing to the serpent’s and Babel’s grandiose temptations of power “you will be like God” (Genesis 3:5).

This is an attractive notion of image of God in which humanity affirms and accepts this correspondence to God as a grace, designation and invitation. It also removes any ideas being gods in the world – ideas that have deluded the powerful throughout history and delude us today – and actually dehumanize and mar the image of God. Against the power-brokers: we image God by simply being, and we let God be God.