The WordPress.com stats helper monkeys prepared a 2012 annual report for this blog.

A little over a year ago, we received Sara* into our program at the Valley Community Center. She is now 8 years old and in the second grade. An only child, Sara lives with her parents, who are unofficially married, in the home of her paternal grandmother. Their home is in a neighborhood that is cut off from the rest of the city by the railways. Still, the family is fortunate to have electricity and running water. 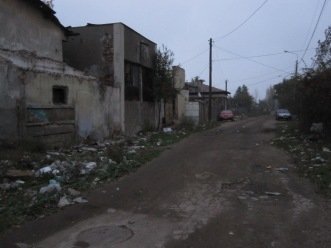 Just last year Sara’s father was released from prison, where he had served a 3 year sentence for theft. Those three years were very difficult for Sara’s mother, who had never been to school, had no job, and was trying to care for Sara all by herself. Although her parents are now together, they are still unemployed and work odd-jobs when they manage to find them. From time to time, they receive some financial help from a brother who is working abroad. Otherwise, their only consistent income is Sara’s school stipend, which amounts to about $22 per month.

One morning, a few weeks into this school year, Sara told her mother that she wanted to bring some money to the Community Center to give to the poor. Sara’s mother protested, asking, “What? Do you think we are rich?” Sara replied, “Yes, we have a house. There are other people that live on the street.” Since then, all of our second grade children decided to save half of their milk money every day in order to give to those in need. 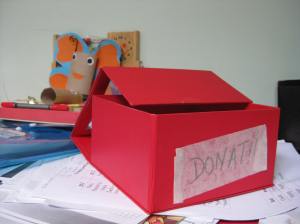 One day, Bobby, another one of our second graders, took out his money to put in the donation box, while Sara registered the money in the notebook. It seemed that Bobby was struggling to live up to his commitment to be generous. Still, he put his money in the box. Lenutsa noticed this and praised Bobby for his sacrifice. But words were not enough for Bobby. He quickly turned to Lenutsa and asked, “Yes, but what about you?”

The generosity, the sacrifice and the initiative of these children have challenged us. These kids live in dilapidated houses. Some of them are squatting in parts of abandoned buildings. Most have no running water or electricity. And yet they notice others with greater needs than their own. What is more, they want to help them.

Every day on their way from school to the Community Center, the 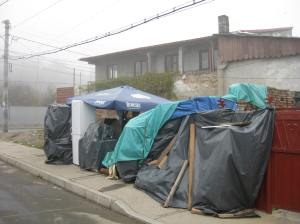 children pass by a family that is living in make-shift tents. The family was evacuated from their home after it was re-privatized and returned to its pre-communist owner. But since the family has nowhere else to go, they have set up camp in an open lot. Last week, the children took their collection of funds and decided together that they would help this family.

As they gathered the money and were preparing to go, Sara’s dad arrived early at the Center to pick her up. As Sara got her backpack and left to go home, she started to sob. Although her father is a pretty tough guy, he stopped to ask her what was wrong, but Sara was crying too hard to talk. So, he asked Lenutsa, and she explained what they had been planning. Sara’s father smiled and said he would wait.

Sara’s tears quickly dried, and the kids walked together to visit the homeless family. Sara was the spokesperson and asked them if there was a way that they could help. The grandmother, with weathered and wrinkled skin, said, “No one has asked us what we need or how they could help us.” Sara and her classmates took their money and bought some bread, cheese and cold-cuts. To protect the dignity of the family, Sara and Lenutsa returned by themselves to discretely give them the groceries.

This is a sample of the lessons of generosity that we are being taught by those living in scarcity. A child challenges the assumption that gift-giving is the privilege of the powerful and that the needy are objects of our philanthropy. Sara and her classmates show us that sacrifice and a shared commitment can become a profound gift that meets desperate needs and touches neglected hearts.

*Names have been changed to protect their identities.