This tag is associated with 4 posts

For Mission or For Church? – A Question about the Future of the Lausanne Movement

As we approach the one-year anniversary of the Lausanne Congress in Cape Town, I thought I’d share some thoughts on the church’s participation in the Lausanne Movement. At the event, there were about 4,000 participants from 198 nations. The goal was to have the participants represent the demographic of global church leaders. Although women, as a percentage of the global church, were underrepresented, the ethnic representation was quite diverse. I was impressed by the constant possibility to listen, to encourage and to build relationships across broad swaths of the church.

However, Andy Crouch noticed that another particular group was underrepresented. In his article for Christianity Today entitled ‘Unrepresented at Cape Town’, Crouch observed that of the four thousand delegates participating at the Third Lausanne Congress in Cape Town, the prominent figures from evangelical churches in the U.S. were underrepresented. Crouch speculates that their absence is due to these “important” leaders’ decision to use their power and time elsewhere. From his observation, Crouch extrapolates implications on power, influence, innovation and the future of global evangelical movements. While I would agree with some of Crouch’s analysis, I think that the absence of “western” Church leaders is not simply a matter of their deciding how they use with their influence and their limited time; rather, it points to a deeper problem inherent in the Lausanne Movement. It reveals a division in the Lausanne Movement between traditional “sending” countries and traditional “receiving” countries, and it indicates a misguided division between church and mission.

The West and the Rest 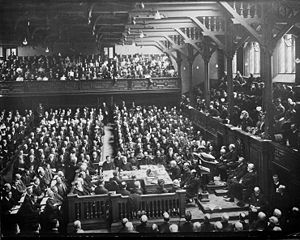 The inception and development of the Lausanne Movement has had the primary goal of engaging those outside the church through mission and evangelism. Many of the signatories and proponents of the Lausanne Covenant were churches interested in global mission, missionary agencies and para-church organizations.

So, I don’t think “western” evangelical church leaders were absent because they were not interested or because the Cape Town Congress was trumped by other priorities. Rather, I suspect that “western” church leaders do not view Lausanne as relevant to their church ministry. If my suspicion is true, a sad corollary is the cloaked patronization that our “western” churches, perhaps unwittingly, communicate: “We think that the Lausanne Movement is good for you, but we don’t need it.”

This, I think, is the real issue regarding the use of power – and not merely the access to the public platform, as Crouch supposes. The power of the “western” churches is the ability to do it alone. The “western” churches can afford to have their own individualized statements of faith and to choose whether or not they develop local partnerships. While these choices and individualistic stances are simply wrongheaded, in places where churches are a minority or where they have few resources, they are also luxuries. What is worse is that this use of power divides rather than unites the global church.

Recognizing that the traditional “missionary-sending” churches appeal to the Lausanne Movement for its “missionary” activity but not for its “church” activity helps to identify an underlying theological problem. Namely, there is a rift between “church” and “mission”. Thinking that there is “mission” for those outside of the church and “church” for those inside the church is a mistake. Mission is the action of God through the Church. The Church is the Body of Christ, empowered by the Spirit to be the Father’s witnesses in the world. The church is missional, and mission is ecclesial.

Of course, this division between “church” and “mission” has been identified by many like Brunner, Newbigin and Bosch. What we see today in the lack of participation by “western” church pastors in the Lausanne Movement is a very concrete social manifestation of this theological error.

Unity through the Lausanne Movement

Likewise, Lausanne can facilitate the “non-western” churches in working with “western” churches to send missionaries not only into the local communities, cities and villages but also into trans-geographic contexts.

The Lausanne Movement can also facilitate the development of a more robust theology of missional churches and ecclesial mission.

Calling for Unity across Gender Barriers in the Cape Town Commitment 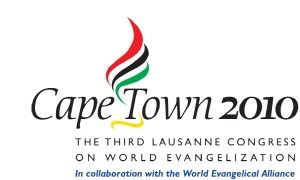 This is the final blog post on my contribution to the Cape Town Commitment.

In the draft of the Commitments that we received in Cape Town, section 9, entitled “We Love the People of God”, calls for unity. Christian believers are called to unite in love across inveterate barriers of race, color, social class, economic privilege or political alignment. The draft did not mention “gender” which is another major division in the world and a barrier that Paul says is healed in Christ (Galatians 3:28). I suggested its inclusion, and it is mentioned in the final version. 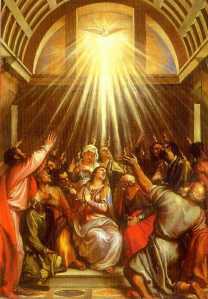 Section 5 of the first part of the Cape Town Commitments affirms that “we love God the Holy Spirit.” I really appreciate the emphasis in this section on the Person of the Spirit and mission of the Spirit, which are not subordinated to the other Persons or actions of the Trinity.*

In the draft version of part a), which elaborates the activity of the Spirit in the Old Testament, the effects of the outpouring of the Spirit listed are “new life and fresh obedience to the people of God.” Keeping in mind the theme of the Congress, “Reconciliation,” I was surprised that there was no explicit reference to “sons and daughters” or “all humanity,” which are clearly articulated in the text from Joel 2. While section 5b) does mention the power of the Spirit for social engagement, I recommended that 5a) should mention accessibility of the Spirit which, by virtue of the Spirit’s outpouring, brings social transformation.

In the final version of the Cape Town Commitments, the document incorporated this recommendation, stating:

Prophets also looked to the coming age that would be marked by the outpouring of God’s Spirit, bringing new life, fresh obedience, and prophetic gifting to all the people of God, young and old, men and women.

* This is my second post on the Cape Town Commitments. Please refer to the first post on Mary for background.

Advocating for Mary in the Cape Town Commitments 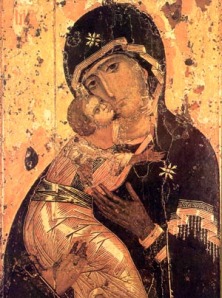 Our community has used the Lausanne Covenant as a statement of faith and has also promoted the Manila Manifesto with our staff. The latest statement of faith from the Lausanne Movement is the Cape Town Commitments. Although all statements of faith have their weaknesses, I am a fan of the Commitments. While the Lausanne Covenant and the Manila Manifesto took as their point of departure Jesus’ Great Commission to go into all the world to make disciples of all nations, the Cape Town Commitments start with Jesus’ Great Commandment to love God and to love our neighbors as ourselves.

The translation of the Cape Town Commitments into Romanian has just been completed by Paulian Petric and published on Danut Manastireaunu’s blog.

In the draft, under point number four, the Commitments affirm that “We love God the Son.” Sub-point a) offers a summary of Jesus’ life. However, nowhere did it reference Mary, to whom the church later gives the name “God-bearer.” It might be expected of Protestant and Neo-protestant Christians to exclude Mary, either intentionally or unintentionally, from their statements of faith. It actually seems strange to me that I would be advocating for Mary in light of the fact that I have witnessed many non-orthodox attitudes and practices towards Mary. Still, to marginalize Mary from our theologies and practices means that our own theologies and practices are distorted.

When we affirm Mary as the virgin mother of Jesus, as the Nicene Creed correctly does, we acknowledge that Jesus is situated not only in historical terms (which the Commitments imply by naming Jesus “of Nazareth”) but also in human terms. If Jesus would not be born of Mary, then the Son would not be human. Athanasius and the Church Fathers said that whatever is not assumed by Christ is not redeemed. By assuming all of our humanity, all humanity may be redeemed (1 Corinthians 15:20-28). That is, God didn’t act in human history from an outer realm, and the Son didn’t fall from the sky into human history. Rather, the Son is “born of a virgin through the Holy Spirit”, bringing salvation through and within humanity. Without Mary, our humanity is lost.

Mary has been included in this section of the final version of the Cape Town Commitments. 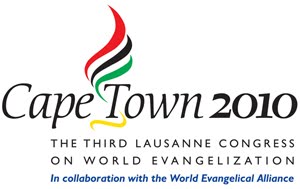